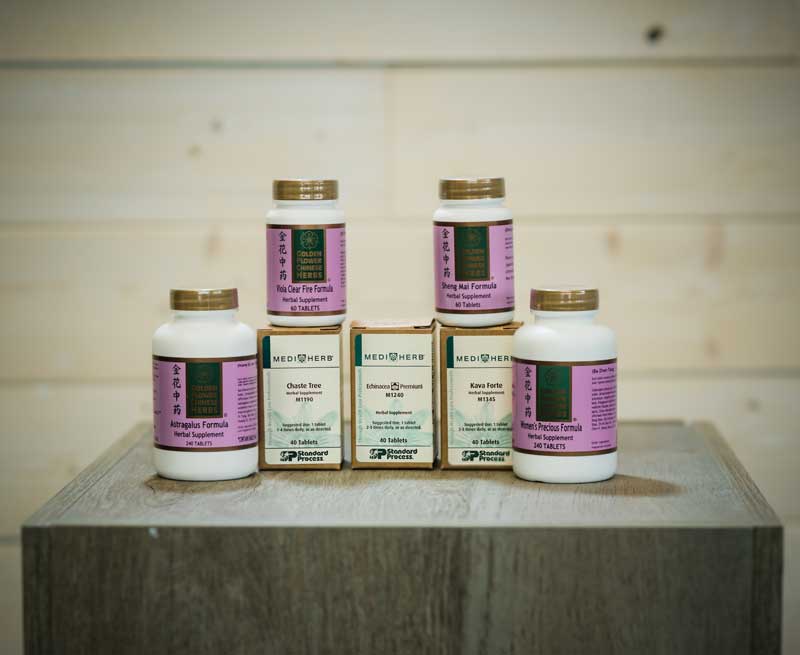 What are herbal therapies?
Herbal therapy, next to dietary therapy, is perhaps the most widely used Traditional Chinese Medicine (TCM) treatment modality. TCM relies on herbal therapies both for the treatment of illness and in the optimization of health and prevention of disease.

Although there are literally thousands of traditional herbal formulas for just about every condition imaginable, a formula is almost always modified by the TCM practitioner to suit the subtle nuances of the condition and constitution of the patient, making each formulation highly individualized.

Chinese medicinal formulations are prepared in a number of different ways:

I have been going to chiropractic in motion for 10+ years. I watched their growth in holistic medicines. Every new avenue did they choose to start practicing I try. Chiropractic adjustments with acupuncture, herbal supplements, and the ART, give me lot of relief with the aging aches and pains, that we all will eventually get. Both Dr. Kramer and Dr. White, put the health of their patients first.

They were very helpful. Made me feel comfortable with the testing. On my way to feeling better. Thanks to Dr. Shannon. I would highly recommend them to my friends and family.

Can’t say enough about the knowledge of real health care in his office. Dr Shannon knows so much about the body that is makes your head spin! So grateful for her knowledge and understanding!

I saw Shannon for a neck injury when I lived in Des Moines. Not only did she do a phenomenal job adjusting me, but she also focused on teaching me exercises on how to strengthen my neck to avoid future issues. If I still lived in Des Moines I would definitely still use Chiropractic in Motion.